Wow, it’s been a while! I didn’t realize how long it’s been until I had to go searching for the last devlog to see what my progress has been since then LOL. I hope you all have been well and that 2023 has been kind to you so far <3

Before we start, I wanted to show our holiday art in case anyone missed it! For the end of the year, we met Fenir under the mistletoe and many people gave him kissies (someone also grabbed his face). 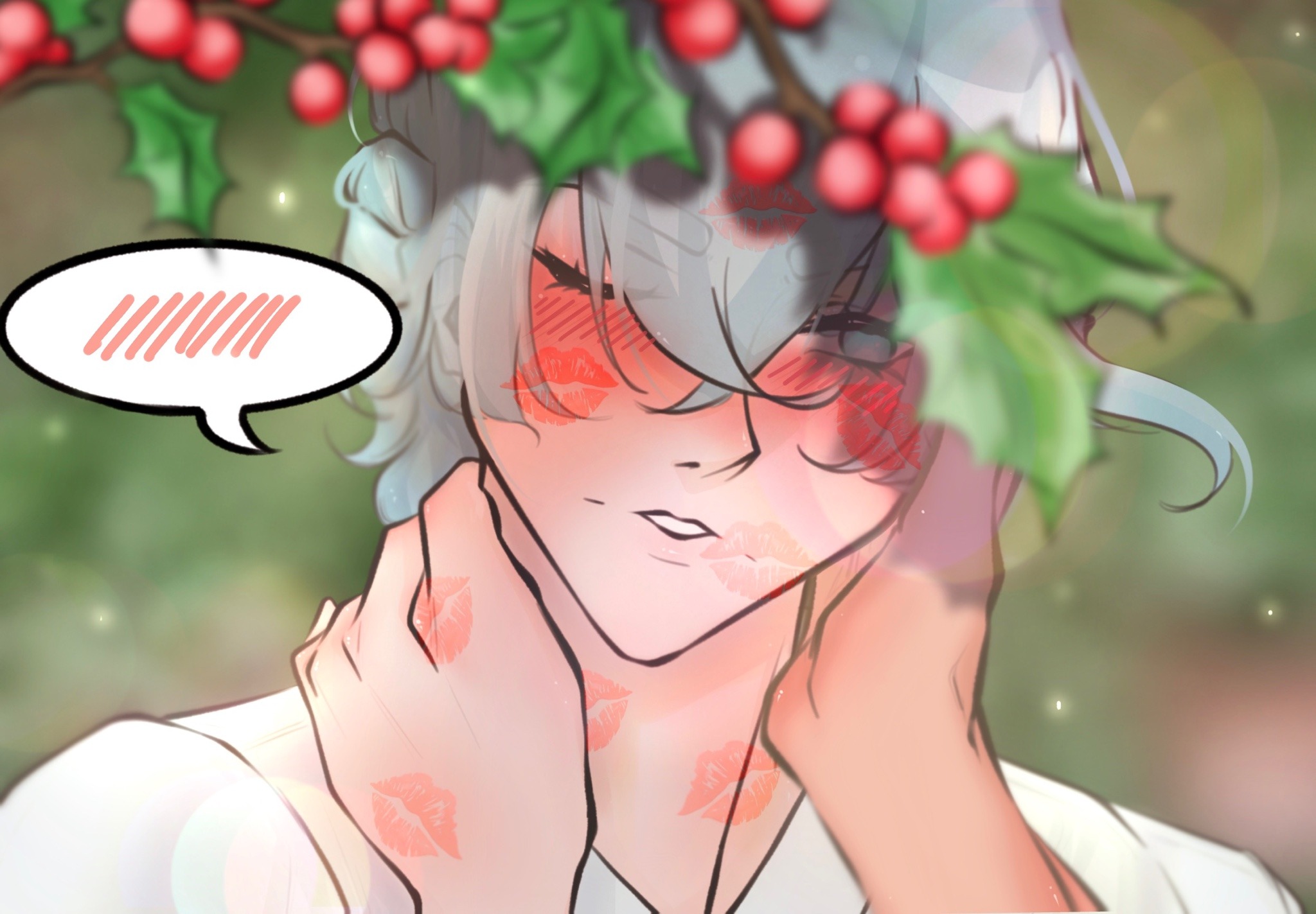 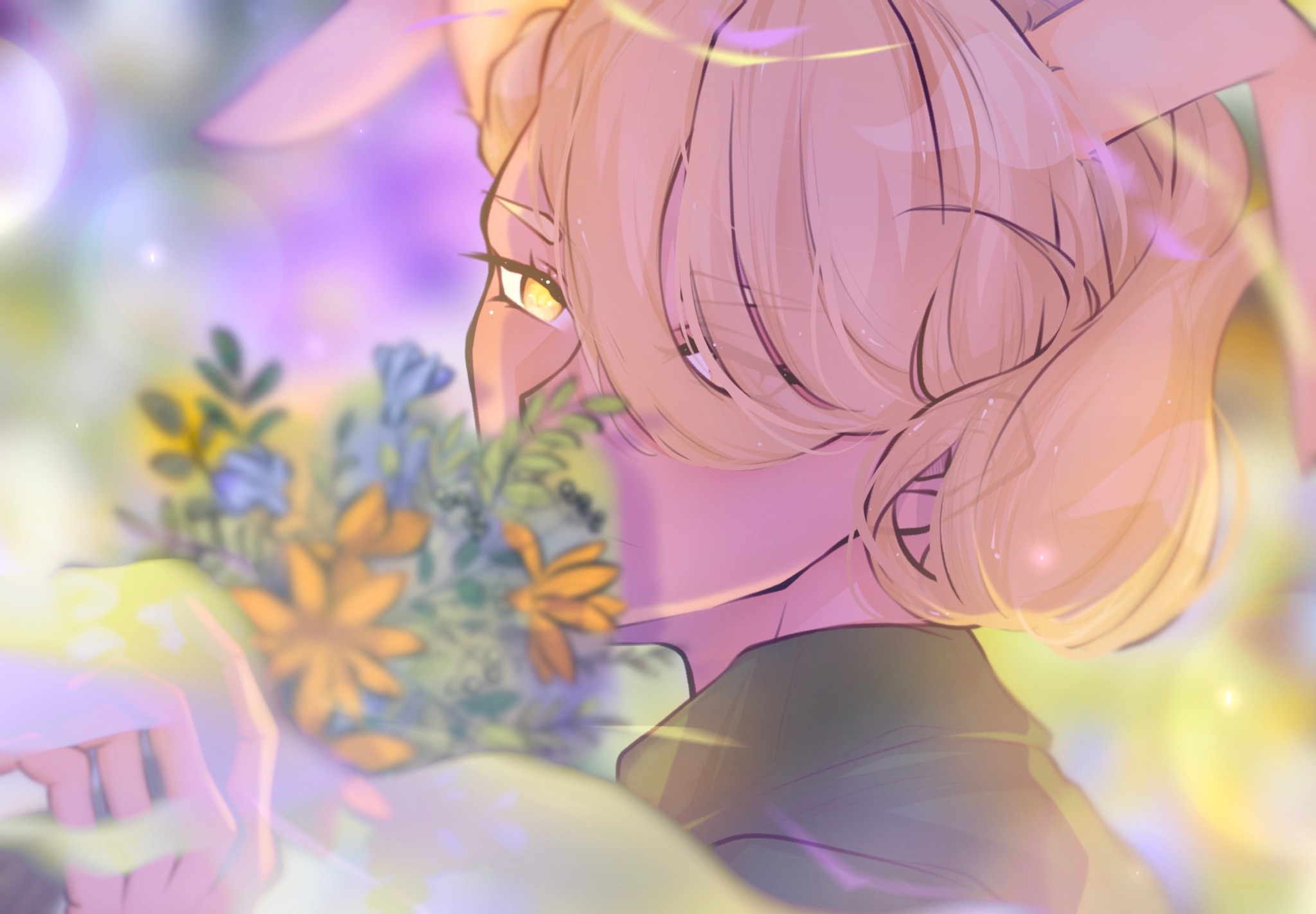 Now for the actual updates. I’ll put them below the cut, so I’m not clogging up everyone’s feed!

Last time we talked, I said I was making headway on Druk’s first draft. That was a lie LMAO. I’ve switched from Druk to Fenir and have been spending most of my time getting Fenir’s first draft finished. I am VERY close to finishing the first draft—I only have one chapter left.

I think by the time the first draft will be finished, we’ll be sitting at around 30k words; however, this is before I’ve put in things like fun little romance scenes, choices and branches, etc. So Fenir’s route is shaping up to be in a similar range to Kayn’s \o/

Regarding Kayn’s route, we are sitting at 50k+ words wee! I’m super happy with where the script is at right now, especially for it being the developmental phase ^^

In general, the BGs needed for the demo are wrapping up. Because I anticipated this part to take the longest (since there’s just SO many BGs), it means I’m going to be balancing more of my focus on the updated demo as well—focusing more on updating the CGs, coding the soundtrack and VA in, updating the script a bit, cleaning that godforsaken bug, etc. I don’t have a solid estimate on when the updated demo will be ready, but I will update you all immediately when I do <3

As I've gotten more BGs, I was looking at them all together and thought the golden scheme for the afternoon was particularly pretty! 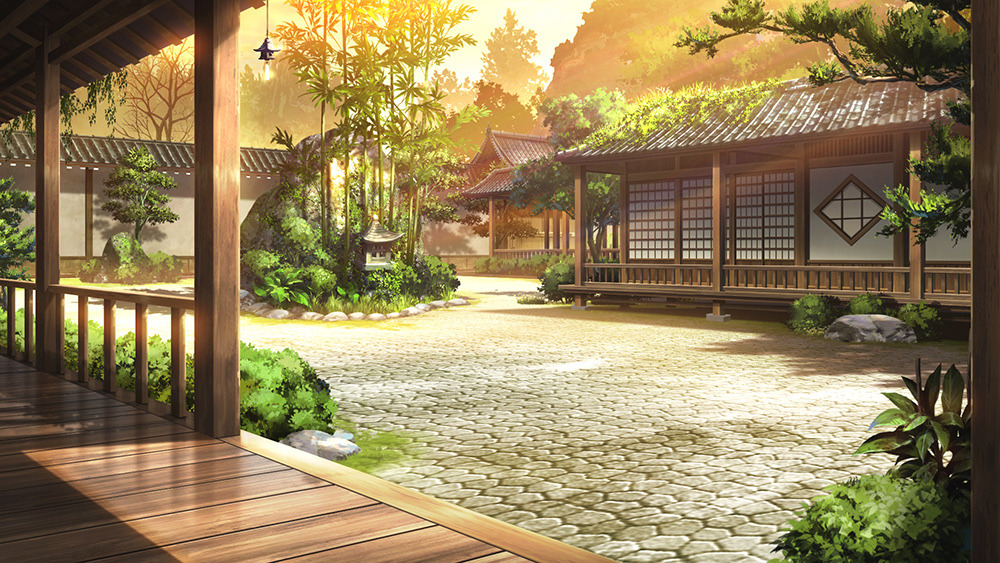 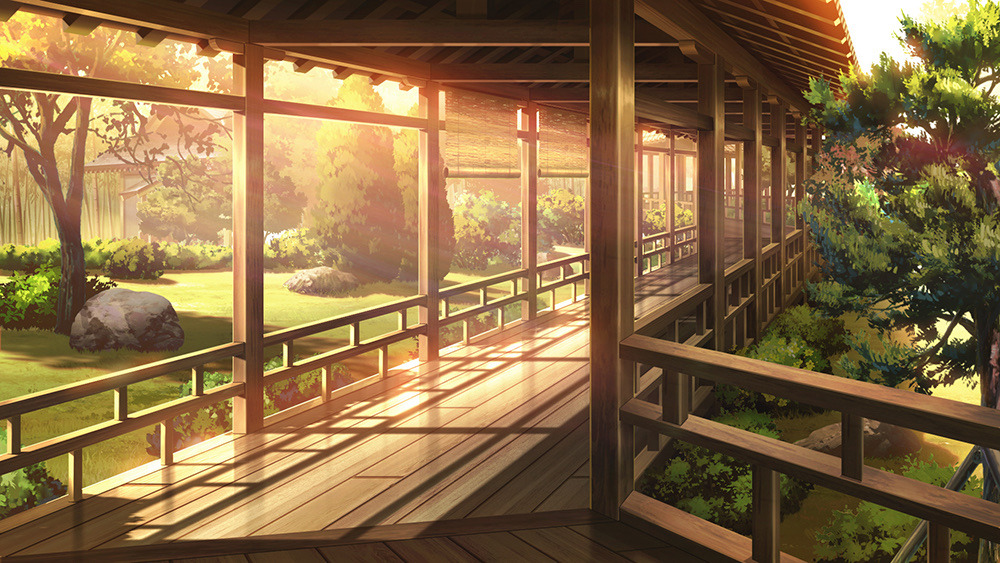 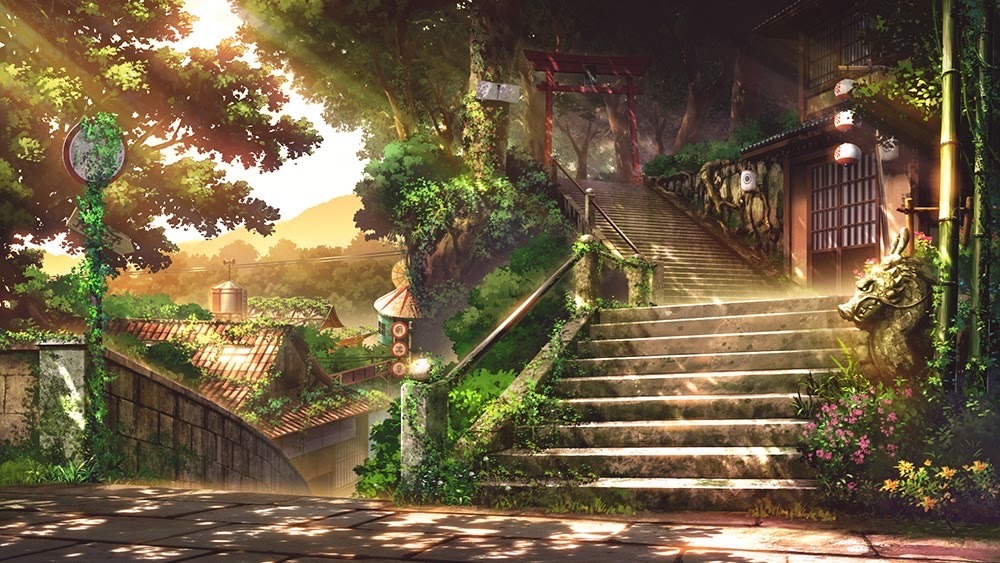 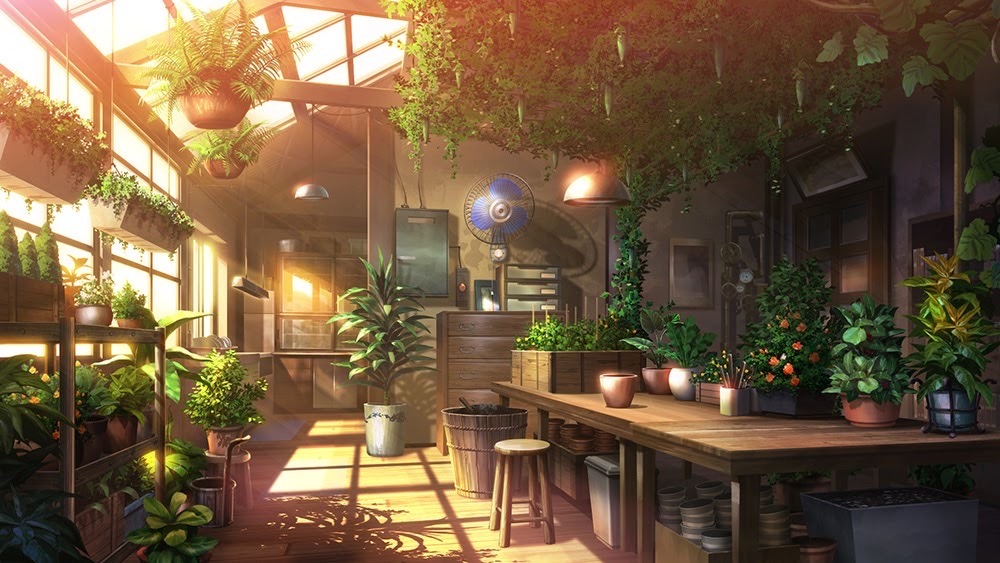 Recently, Vui finished up Etza’s room as well as the Market date BG. He also has been working on the Cafe BG, which in my biased opinion looks sososoosososo cute. I just have the sketch right now, and because of Lunar New Year, he is on a (much deserved) break. But I’m very excited to show you all (because obviously I’m going to show you because I have no impulse control and I get excited over everything) the final product! 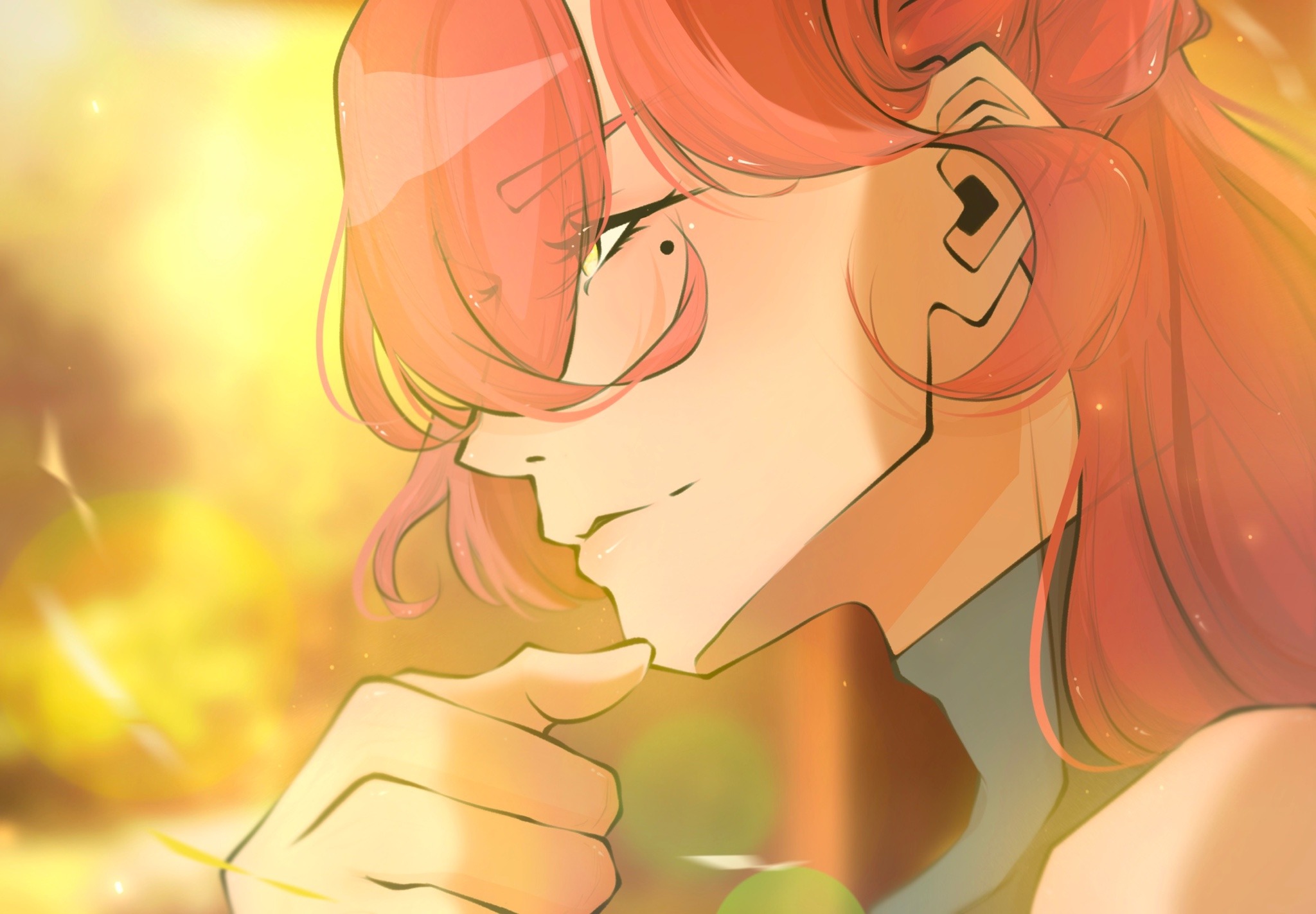 I’ve continued to work on CGs. Some of it has been updating demo CGs, while some of it has been working on CGs for Kayn’s route. As you can see, with updated ones, my style has changed a lot since the demo. So I’ve slowly been going back in for each of the LIs demo CGs and updating them! It hasn’t been too bad, but I am nervous about the duo ones lmao. I’m not very good at composition that involves more than one subject, so we’ll see how those go ha... ha...

I sat down and actually planned out and did the math for the CGs required for Kayn’s route, and it’s looking like it’ll be around 8-10! Because this amount will be consistent across routes, it means the final CG number for Alaris will be around 48-60 CGs. Looking at that number makes me want to cry a bit, but I know I’ll be working on these throughout the entire year, so it hopefully won’t feel as overwhelming as it looks on paper.

I have most of the sketches finished for Kayn’s CGs (and even some sketches/finished pieces for some of the other LIs), and it honestly hasn’t been too painful of a process, so hopefully it stays that way lol!

Something I’ve had to start thinking about is getting beta testers again.  I bring this up mainly because once Kayn’s route finishes the developmental phase, I’m going to start creating the beta version of their route. Additionally, the new demo will need beta testers.

I’m realizing now with the scope of Alaris, I’ll probably need.... a lot lol. The Alaris demo has a bug that didn’t come up for my beta testing team but has affected some players, and the bug literally makes a part of me die every time I think about it. The demo was much smaller in scope compared to the full game, and I kept the beta testing team small because I didn’t think I would have to make it super super big. But now, I’m realizing the more people involved with the beta testing process, the better so I can ensure a cleaner product.

I’m still not sure how I’ll go about “recruiting” beta testers. It will most likely be a tier available in the upcoming Patreon, but aside from that, I’ll have to give it more consideration!

And then of course I have been playing visual novels and simping---who do you think I am?? I recently finished V’s route in Mystic Messenger. Wow, that was a ride LOL. I don’t actually have anything drawn up for him, but the experience was so wild, I felt the need to share anyways.

I started playing Piofiore, though! I’ve surprisingly been enjoying it. Nicola is my bbg. I only have Dante and Gilbert’s routes left, so we’ll see if one of them changes anything! 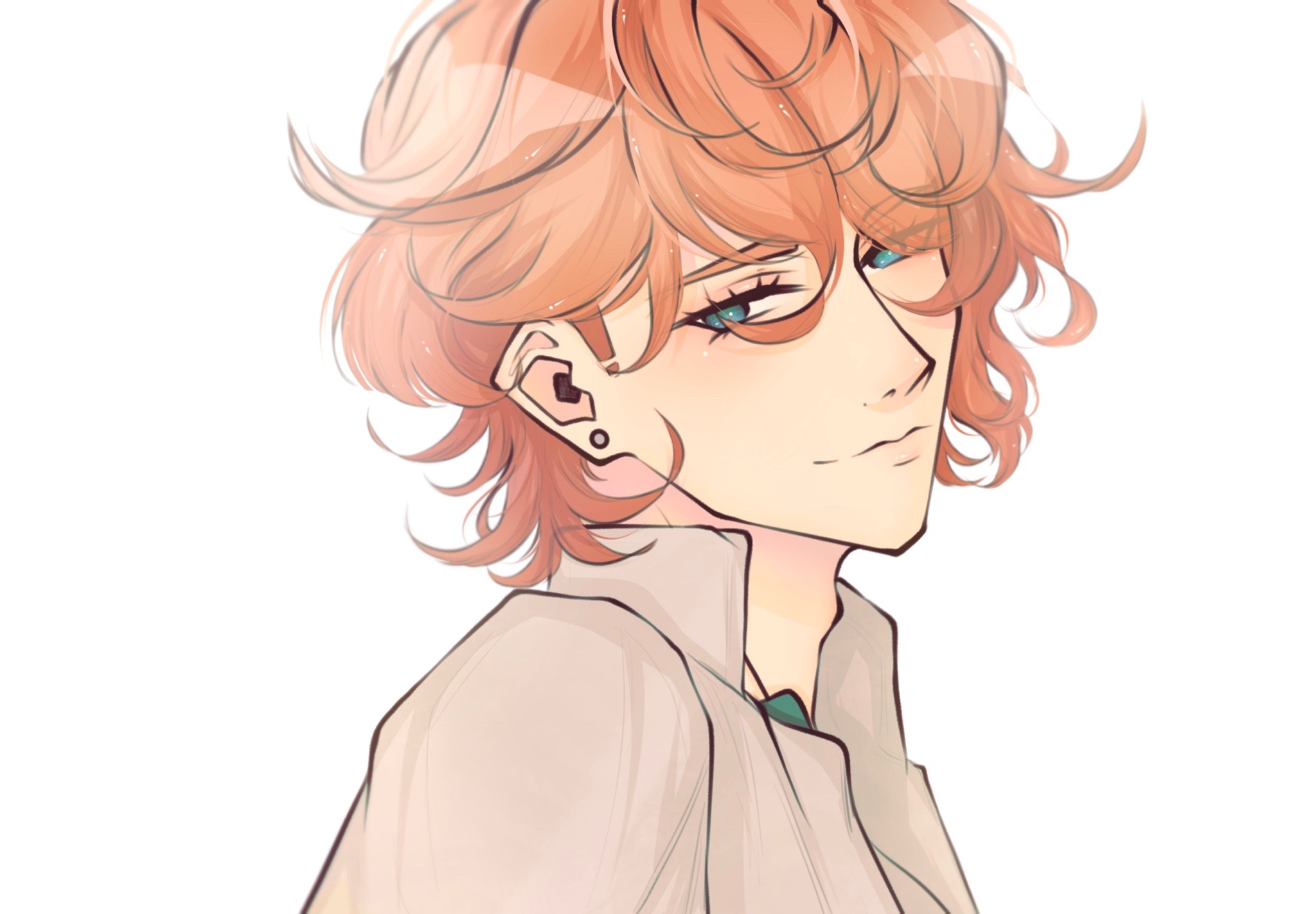 It was also Toasty’s birthday recently, and while I hadn’t planned on drawing anything to celebrate, I did because a sleepy Toasty was too powerful to ignore. 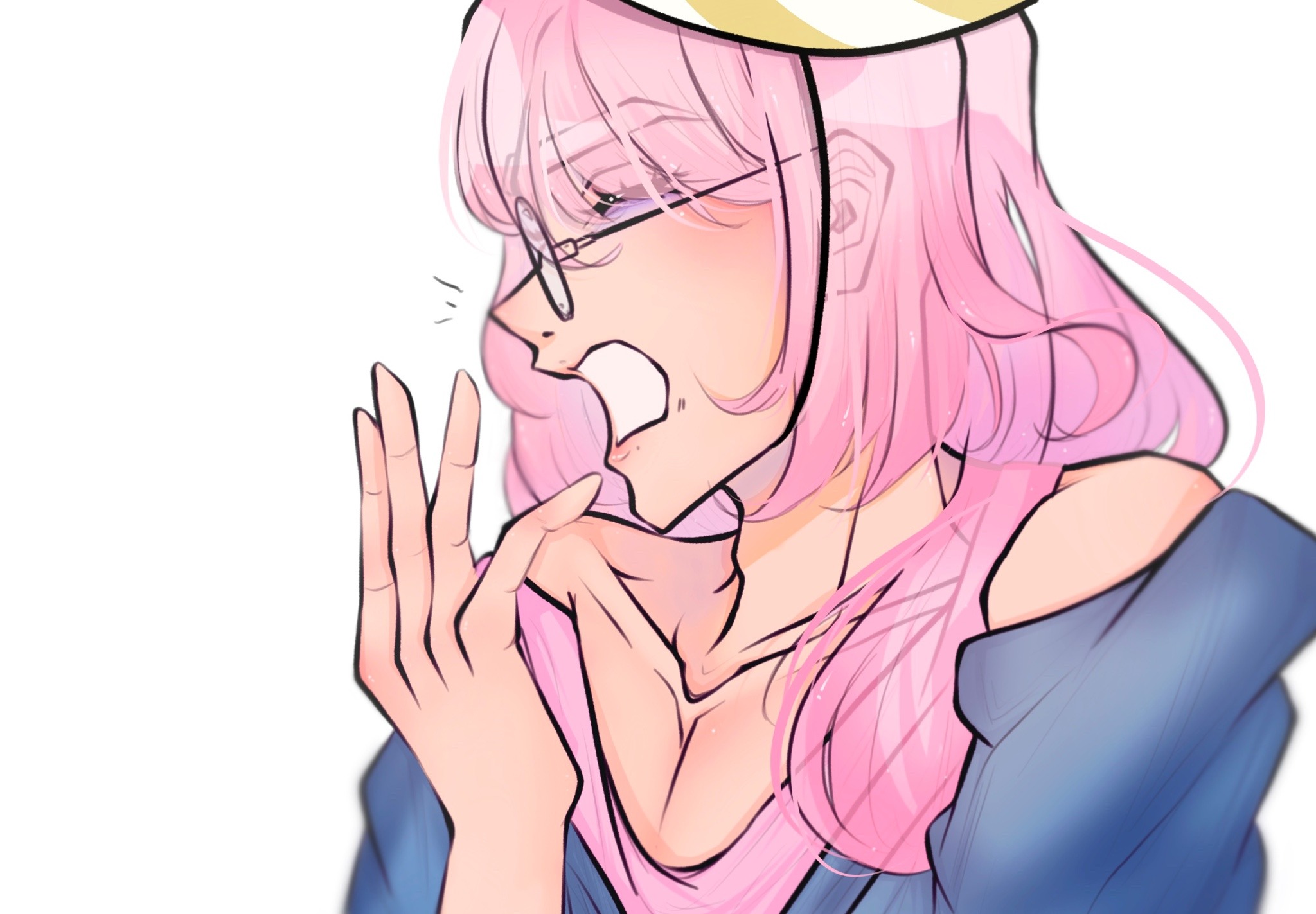 Fantasy-Romance Visual Novel. Enter a world where the lore of dragons and faeries collide.

your art is as lovely as always !! ur work is so so appreciated and i hope u are taking care of urself while making this wonderful game ! im so excited for those BGs theyre so gorgeous ..

thank you ahh!! i definitely am ^^ i’ve been feeling a lot better recently than i have in a while so yay! and yes, BGs are admittedly something i never cared for before but now that i have an artist they’re one of my favorite parts haha!!

I'm so excited about this game!! I've got to know it fairly recently but I really love it and read all the develops up till now hehe I just wanted to let you know I'm cheering for you I really support you, and I really look forward to Alaris!! <33